The AIWG Longterm-Research Group „Normativity of the Qur’an in Context of Social Change”, organized an international conference on Hermeneutics of Quranic Norm Change on October 14-15, 2021 at the University of Erlangen, which was inaugurated with a Keynote Lecture by the renowned Quranic scholar Prof. Dr. Asma Barlas (Ithaca College, New York).

The conference was formally opened by the President of the Friedrich-Alexander-University Erlangen-Nuremberg, Prof. Dr. Hornegger, the Dean of the Faculty of Philosophy, Prof. Dr. Trinczek, the Director of the Academy for Islam in Science and Society, Prof. Dr. Bekim Agai and the Project Manager, Prof. Dr. Mohammed Nekroumi.

At this interdisciplinary conference, renowned Quranic scholars, as well as young researchers in the field of Quranic hermeneutics, from Germany and abroad, were able to present the results of their long-term research projects and exchange their thoughts on the future perspectives of Quranic research. 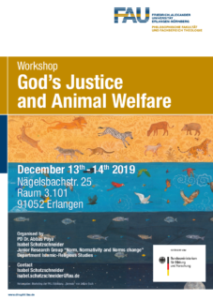 The junior research group “Norm, Normativity and Norm Changes”  organized a workshop called “God’s Justice and Animal Welfare.” This event aimed to fathom the understanding of to what extent non-human animals are recipients of justice. Hereby, interdisciplinary approaches were used to find answers to the research question.

Here you can find the official program of the workshop.

For more information, see the poster of the workshop.

Impressions of the International Conference “Monotheistic Believing and Pluralistic Societies from an Islamic Perspective” from November 7th – 9th, 2019 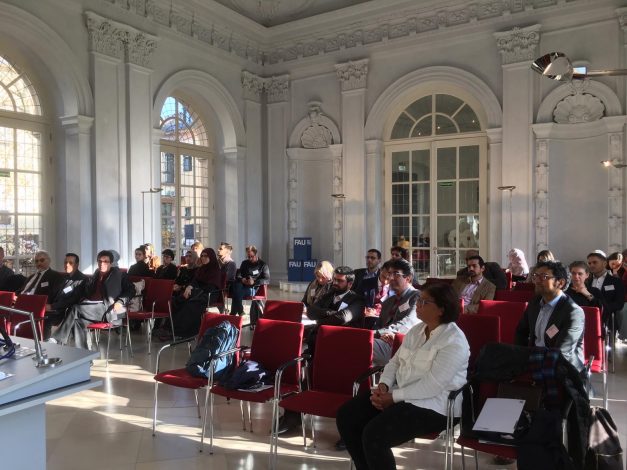 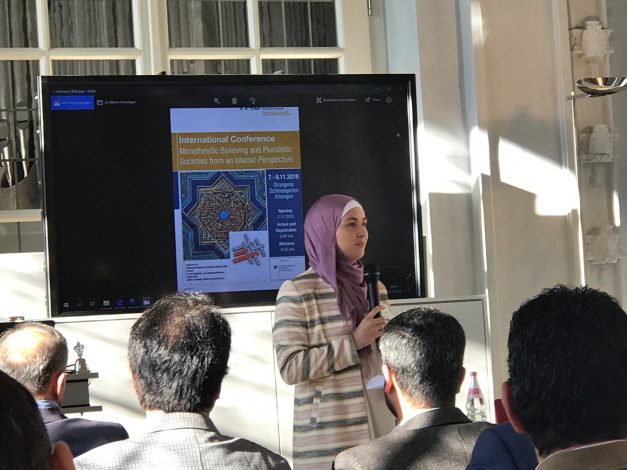 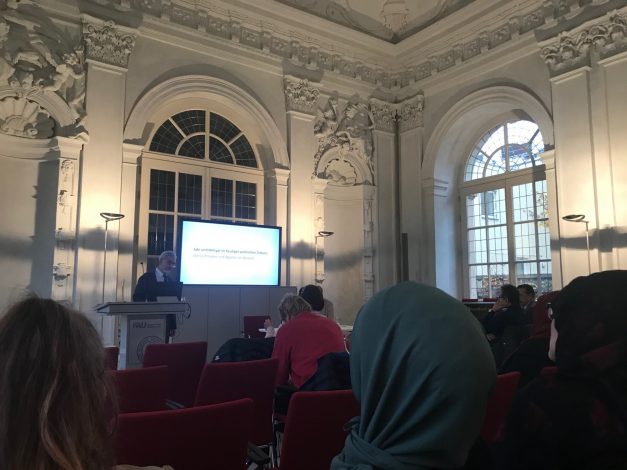 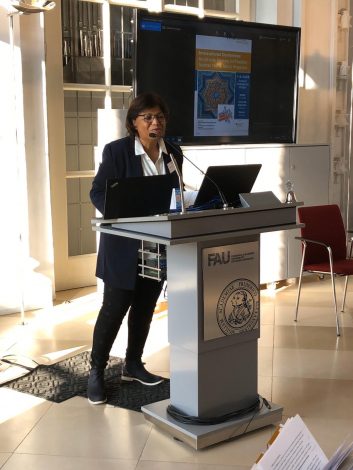 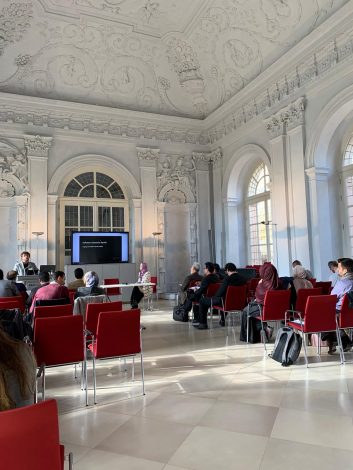 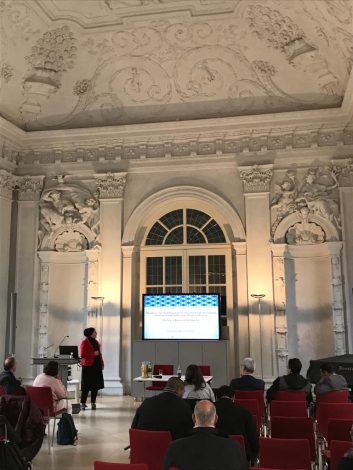 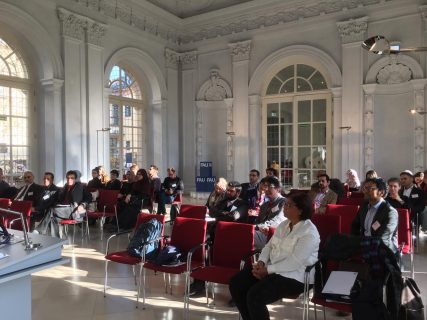 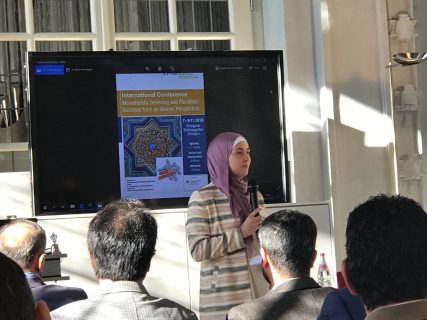 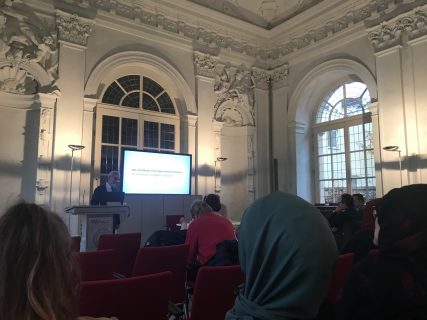 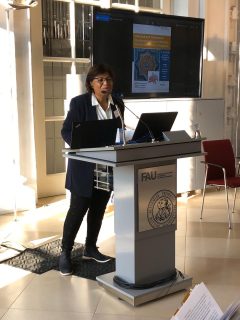 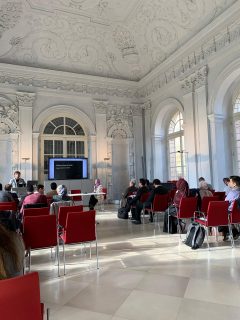 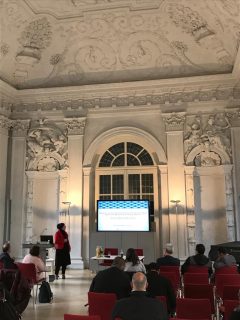 Here you can find the official program of the conference.

Here you will find the abstract.

Theologians are increasingly according due weight to the insight that an understanding of the divine message in the three monotheistic religions requires a genealogical approach that entails deciphering the interactions between intellectual history and discourse in the scriptures. Alongside a traditional theological approach proceeding on the basis of comparing and contrasting monotheistic beliefs, a comparative hermeneutic methodology drawing on semiotics and textual analysis has emerged as promising. Nevertheless, all methods that have impacted discourse in the field thus far primarily indicate that all comparative approaches essentially appear to posit dogmatic definitions, such as that of the Trinity or of the attributes of God, as relative.
How, then, in light of these considerations, might a comparative theological hermeneutics of the divine message look today? To what extent can methodological and epistemological diversity within a religious denomination or theological tradition contribute to an interreligious discourse on an academic level,  conducted, as is its due, in the service of the ethical and spiritual essence of the divine word, which all religions have long proclaimed and  laboriously uncovered in their scriptures?
This conference provides the framework for specialist academic discussion of theological and epistemological questions relating to the process of understanding divine discourse in the three monotheistic religions and the associated ethical, moral and social implications.
The conference’s panels intend to provide a framework for wide-ranging discussion around the topics currently at the center of theological discourse, such as symbolic theology, textual aesthetics and moral theory. A panel on readings of the Qurʾān, the Bible and the Torah will concern itself with matters of source criticism. In addition to this, an exploration of the qirāʾāt will proceed on the basis of an Islamic perspective on selected passages or terms. This approach may encompass both purely lexical and/or grammatical interpretations and those with exegetical relevance.
You can download the programme here. 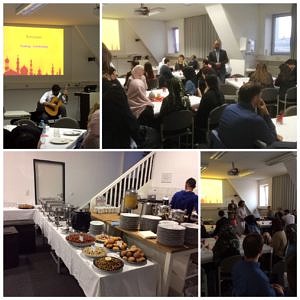 From April 19 to April 20, 2018, the second international workshop of the junior research groups from the Department Islamic-Religious Studies at FAU and from the Institute of Religious Studies at the University of Bamberg was held in Bayreuth. Under the topic “Tolerance and Demarcation: Positions on Islamic Unity and Diversity” and in different panels, researchers from all over Europe discussed theory and practice of Islamic tolerance.

The program of the workshop can be found here.

Visit of the Exhibition: History and Identity. The Rescue of Documents from Timbuktu

Impressions from the exhibition can be found here.

The travel blog on the Morocco exhibition can be found here.

International Workshop “Rationality in Islamic Theology between Traditions and Modernity”, hosted at DIRS from 23/11/2017-25/11/2017 Workshop on the Topic „Medieval Arabic Christian-Muslim Polemics Revisited“ hosted at the Orangerie in Erlangen from 07/02/2017-08/02/2017.

Talk by Prof. Dr. Reza Hajatpour on January 17, 2017, as part of the lecture series “Monotheism and Plurality” in Erlangen

Launch of the new Center for Euro-Oriental Studies (CEOS) on November 25,2011

International Workshop “Dynamics of Islamic Teaching and Study Cultures in the Middle East and the European Diaspora”, 17/11/2016-18/11/2016 More information on the event can be found here.

Impressions of the DIRS introduction class for new students on October 17, 2016

Impressions from the international workshop “Modern reform initiatives in Islamic thought”, held at DIRS from 29/09/2016-01/10/2016

More information on the event can be found here.

Impressions from the DIRS-Iftar-night with 70 guests Pictures on the event can be found here. Workshop “Pre-Islamic Arabic Poetry and its Meaning for Quranic Studies”, 25/11/2015 More information on the conference can be found here. Presentation: “The Quran as God’s Living Speech” by Prof. Dr. Maha El Kaisy-Friemuth in the course of the Workshop “Understanding Islam” on July 21, 2014

An overview on all the presentations of the joint lecture series can be found here.

more information on the joint lecture series can be found here.

The poster of the workshop can be found here.

Workshop on the Topic “Relevance of Faith-oriented Theories at Secular Universities”, April 9 2014, in Erlangen

The workshop poster can be found here.

The program of the summer school can be found here.

The invitations for the inaugural lectures can be found here.

Movie Screening: “Persepolis” as part of the Series “Orient in the Cinema” on January 15, 2013 in Erlangen