Swiss society has undoubtedly long been coined by migration. Switzerland has a high rate of foreign resident population and the amount of Swiss’s who have a migration background is comparatively high. The current refugee movements from the Near and Middle East lead to further migration and integration challenges.

After arrival, people (some of them with family!) migrating from one state to another are confronted with a legal and norms system that differs from their countries of origin. In terms of criminal law, the perceptions of what is honorable or dishonorable (and accordingly, with impunity or culpable) and what can be understood by “honor”, may differ widely.

The diversity of the origin-related perceptions of justice and injustice has been subject of heated public, political and legal debates in Switzerland. Criminal and administrative law are confronted with the question if violence crimes committed to restore the “family honor” (e.g. honor killings, blood feuds) should constitute a criminal offense, given that these acts have not been committed by a sort of parallel justice in the first place. The refusal of students shaking hands with their teachers prompts further questions. Is this kind of behavior honorable or dishonorable – depending on the perspective? Furthermore, it is argued if a father can prohibit his daughter from joining same-sex swimming classes. Is it an act of women’s honor for the daughter (or her family)? Or does it come up to a refusal of compulsory education? And what about the woman wearing a full veil and does not show her face – is she disrespectful to a possible conversation partner and should pay a fine? Or does her dressing provide a protection of her honor, which she should be allowed to wear without punishment, e. g. by putting on a burkini? The question of if a boy is allowed to be ritually circumvented due to religious beliefs which need to be protected or if the circumvention is a culpable assault, comparable to female genital mutilation (cf. Art. 124 StGB). When taking forced marriages into account, it can be asked if the arranged marriage is a carrier of a families honor or if a culpable verdict. Finally, the case of the German satirist Böhmermann has provoked the question where the line between freedom of art and culpable violation of honor can be drawn.

All these questions and discussions make it clear that perceptions of what is honorable, dishonorable, culpable or not culpable, can differ widely depending among other aspects on the origin and religion of people. Furthermore, it is questionable if all these cases are extreme and singular examples who only challenge local law once in a while, or if the legal framework and criminal law in an Islamic coined country differs more profoundly from the Swiss legal order by applying a fundamentally different perception of the term of honor and holding up respective protective concepts, which in turn may be coined religiously.

To evaluate why certain acts happen and why the local legal framework reacts by sanctioning a certain behavior as well as to evaluate if in a context of violations of honor or “honor protection delicts” a penalty can even take full effect, it is necessary to unfold the, if any, different conceptions of honor in their legal meaning including the factor of religion. Otherwise, the constitutional state runs into the danger of searching and providing undifferentiated and only seemingly simple solutions, as the most recent example of the right-wing conservative party SVP which called for an implementation of the so-called “deportation initiative”. Contrary to the principle of proportionality, the proposal called for expulsion of criminal foreigners regardless of a hardship clause as uttered in Art. 66a StGB.

Cultures of Teaching and Studying in Islam is the main topic of a joint research project of the Erlangen Junior Research Group “Norm, Normativity and Norm changes” headed by PD Dr. Abbas Poya and the Bayreuth Junior Research Group “Contemporary Islamic Cultures” headed by PD Dr. Robert Lange.While in Erlangen, we focus on ethic-normative questions in Islamic theology, such as justice, Ijtihad and attributes of God, the Bayreuth group focusses on empirical methods as well as on contemporary Shia cultures in in Europe and Germany. In summer 2016, the first talks for cooperation were set up. Based on our previous research foci and usability we decided on the topic “Cultures of Teaching and Studying in Islam” as a joint project.

After a few joint sessions and intense conversations on the relevance and practicability of our project we decided on holding a regular workshop, at least once a year, to put the topic up for discussions with field specialists.In our project, we intend to provide answers to the following questions:Which teaching and learning mechanisms, systems and strategies can be found in Islamic traditions, how are they applied, how can they be used in European/German context and in a changing world? In this context, questions of communication mechanims, networks and relationships between teachers and students are important. Another relevant aspect is the question how Islamic contents can be imparted in a multiculturally coined social and academic environment.

In November 2016, the first workshop titled “Dynamics of Islamic Teaching and Studying Cultures”  took place. The following topics were debated:

In April 2018, the second workshop with the title “tolerance and drawing borders: positions on Islamic unity and diversity”. On the one hand, theoretical topics such as “unity and diversity in Islam” and the concept of “ahl al-qibla and the plurality of umma” are discussed. On the other hand, practical relevant topics such as “Islamic prison ministry” or “pluralism and religious education in the classroom” are discussed.

Two more workshops are planned for 2019 and 2020. The research results will be published in an anthology.

Ijtihad is a central term of Islamic legal theory (usul al-fiqh) and describes the process of independent opinion making of Islamic scholars finding justice. A legal scholar has the possibility to advocate his opinion based on a differing interpretation of Quran or Hadiths or with reference to the common good (maslaha) or equity (istihsan). Ijtihad is the cause and legitimation for the diverse and varying legal schools and practices in Islam.

Another aspect of Ijtihad, which is discussed by contemporary Muslim scholars is the practice of Ijtihad in matters of faith (‘aqaid) or theological problems (kalam). Thereby, they legitimize the diversity of theological, confessional and ideological world views. By now, intra-Muslim discourses have brought forward their own genre (ijtihad al-kalami, “theological ijtihad”), on which a variety of works have been published.

The question imposing itself is if the practice of ijtihad in theology is the continuity of a mental attitude that has existed in Islam or if it provides an answer on modern challenges on societies such as tolerance, freedom of speech and religion. The research project aims at complementing the previous works legal theoretical observations on the topic of Ijtihad and focus on the theological aspect of the term. 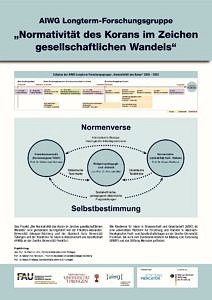